Victoria Falls in the Low-Season Will be the Biggest High!

It’s revered as one of the natural world’s great spectacles, and the raw power of the mighty Zambezi River plunging 108m into the mighty Victoria Falls has spawned awe and legends for centuries.

There’s really no better time to visit the falls, than right at this moment, says Desmond O’Connor, Head of kulula holidays. “We reckon the low-season, from October to January is ideal for seeing the rainbow’s hues in the spray of the falls, as well as the region’s renowned hospitality and outdoor activities. He suggests the following:

Take a cruise: It’s become a rite of passage for visitors to take one of the many sunset cruises offered on the stretch of river above the falls. There’s a good reason for that popularity: on this beautiful stretch of river it’s common to see massive herds of elephants of all ages drinking and bathing. The mothers drop their young in huge numbers at this time of the year and watching the new-borns frolick in the water is a delight. You’ll be close enough to hear the splashing of the hippos and the distinctive, contented, deep-bass rumbling of the elephants while sipping a sundowner. Some cruises offer a full supper aboard. Find out more here.

Tackle the wild waters: The low season has much in store for those travellers who don’t want to get caught up in the total might of the great Zambezi, but would still like a rush of adrenalin. Excursions range from a morning in the waters of the Batoka Gorge, to five-night trips that combine fishing, game-watching and camping with braving the Zambezi. 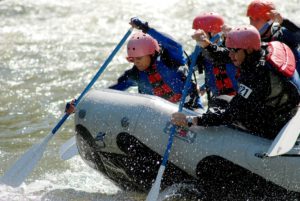 Step off the edge: A number of operators on the Zimbabwe and Zambia side of Victoria Falls offer a variety of adventure-sports, including bridge-swings, bungee-jumps and zip-wire slides. All these take full advantage of the chasm carved by the river and allow for stomach-swooping fun, with a strong emphasis on safety. One option that’s less intense than the free-fall of bungee-jumping is the Flying Fox, where you slide along a zipline in a horizontal position, and as the name suggests, it feels a little like flying. With the water at its lowest, you might escape being soaked by the sprays. 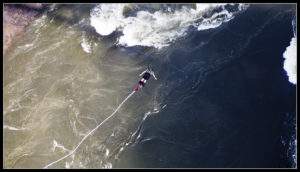 Lunch on Livingstone Island: When the Zambezi River is high, 10 million litres of water rush over the lip of Victoria Falls each second, crashing down 108 metres below. Livingstone Island sits in the heart of this spray, on the brink of one of the Seven Natural Wonders of the World, and offers an experience only available when the water is at its lowest and the island is accessible. You’ll follow the footsteps of the explorers of yore as you tour the island, hear about its history, experience luxury dining, and soak up the sights.

Watch the game: Game viewing peaks during the low-season months as water is scarce and hordes of animals gather around permanent water sources. This is also when migrant birds start to arrive, a boon for twitchers from across the world.

Catch the moonbow: The falls can send mist up to 800m in the air, which can be seen from 50km away. You might see multiple rainbows, and if you’re fortunate enough to visit the falls at full moon there may be a moonbow, a rainbow lit by the full moon: truly a memory to treasure. 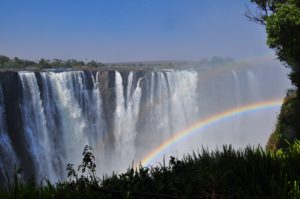 Brave the Devil’s Pool: In the low-season, stout-hearted visitors can slip into a pool at the very edge of the cataract at Livingstone Island, and peer over the slippery lip of rock into the abyss. Heed the experienced guides who escort you there, take a deep breath and earn some serious bragging rights. 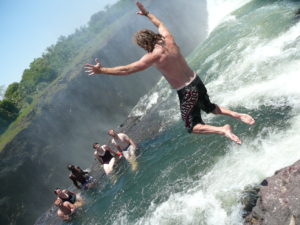 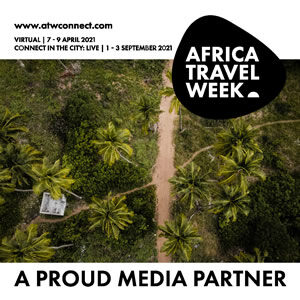