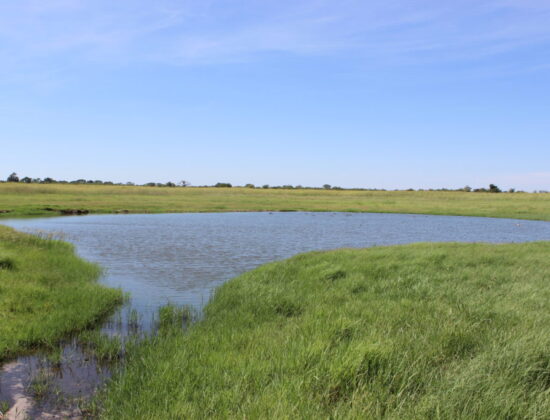 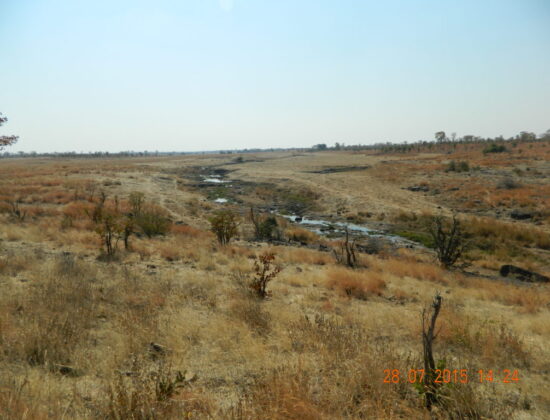 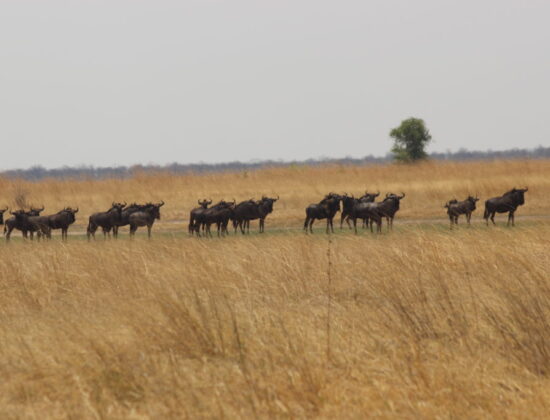 Kazuma Pan National Park is situated in the north-west corner of Zimbabwe between Kazungula and Hwange National Park, and south-west of Victoria Falls. The National Park is 31 300 hectares in extent and it is an extension of the Matetsi Safari Area that was developed to be a refuge for the animals during the hunting season.

This is a unique feature of the Park which attracts large volumes of animals. The area has natural water springs and large concentrations of animals. Sightings of up to 2000 buffalo have been reported in the area.

The area is virtually an undeveloped and unspoilt wilderness. Reminiscent in parts of the grassy plains of East Africa, it is quite unlike any of the more familiar bush or woodlands.

The Park includes a series of pan depressions, some of which are continuously pumped from boreholes in the dry season. As a result, large concentrations of game seasonally migrate between Botswana and Zimbabwe, especially from September through to the first rains of November or December.

Species to be seen include: lion, leopard, giraffe, zebra, gemsbok, roan, sable, tsessebe, eland and reedbuck, whilst elephant and buffalo are present in large numbers when water is scarce. The white rhino is also often seen.

A special species endemic to the Kazuma Depression is the oribi, a small antelope, not often seen in other parts of the country. Visitors may also occasionally see cheetah or wild dog while lions are fairly common.

Kazuma Pan National Park is closed to the public in January and February each year due to the wet conditions over this period that make the roads impassable.

Q How to get there

Take the Robins Camp/ Pandamatenga turn-off from the main Bulawayo-Victoria Falls Road. proceed for some 25 kilometres along this gravel road to the Parks & Wildlife offices in Matetsi where visitors are required to check-in before proceeding. The journey is continued along the Pandamatenga road for a further 39 kilometres to the border post. These roads are gravel and can be rough. As the access to Kazuma is along the Zimbabwe/ Botswana border road, visitors are again asked to check-in with the Zimbabwe Republic Police at Pandamatenga. Kazuma Pan National Park is some 25 kilometres further along, north-west of Pandamatenga. Access may only be made by four-wheel-drive vehicles as the roads are rough and sandy in some areas. Access via Kazungula is strictly prohibited.

Kazuma Pan National Park is closed to the public in January and February each year due to the wet conditions over this period that make the roads impassable.

Q What to take with you?

Camp Sites
There are two campsites available in the park. Only two groups of visitors are allowed to camp in the Park at any one time. The campsites each have bush toilets, braai points and water supplies. Each campsite can comfortably accommodate 10 people.

These sites are located in different habitats: Insiza, which overlooks the Kazuma Depression and Kasetsheti, near some natural springs.