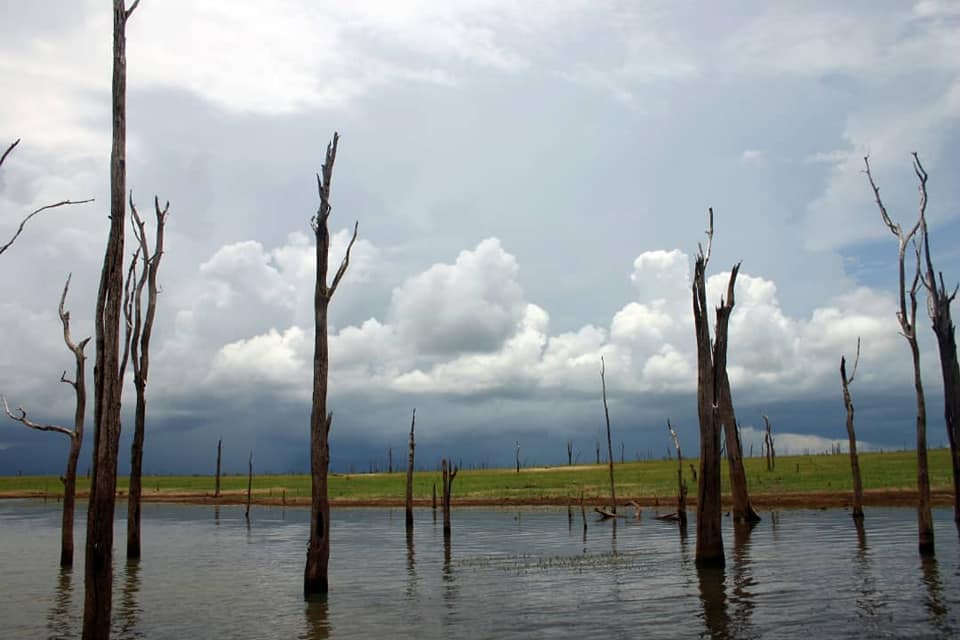 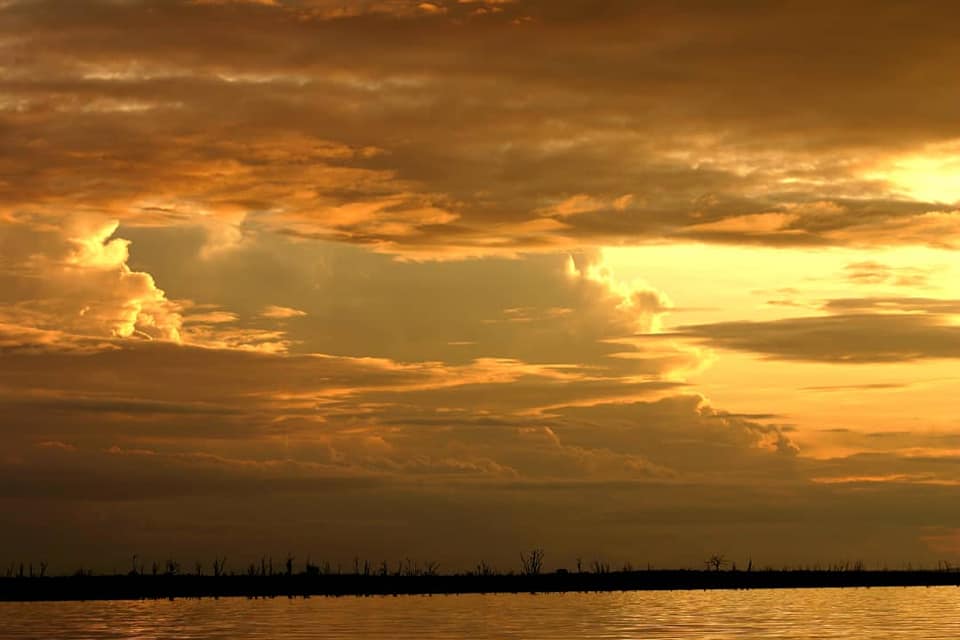 Lake Kariba Recreational Park “Nyaminyami” is found in Kariba, home to Lake Kariba. Lake Kariba is among the 4 largest man-made lakes in the world and the second-largest in Africa. The shoreline is over 2 000 kilometres long. Kariba is home to numerous species of flora and fauna and is an exciting and unique safari destination.

This Recreational Park is based around the Zambezi River, which was initially dammed so as to build a hydroelectricity generation utility for the benefit of both Zimbabwe and Zambia. The dam wall with 6 flood gates was built between 1955 and 1959 and is 128 metres high and 617 metres wide. The lake is 282 kilometres long at full level and 32 kilometres across at it’s the widest point, 116 metres deep and covers an area of 5 180 square kilometres of what once was the Gwembe trough. The weight of the water totals 177 million tons and were all 6 flood gates opened, over 91 500 cubic metres (300 000 cubic feet) of water would surge into the river below each second! 86 men perished during the construction of the dam and a church has since been constructed as a memorial to them. The dam wall was designed by Andre Coyne, a Frenchman, and built by a constructor called Impresit from Italy.

There are many stories that are put forward to explain the name Kariba. Some elders in the area note that close to the dam wall lies a rock that resembles a traditional stone trap, Riva, hence Kariva, later mispronounced by the Europeans as Kariba. The other version is that the rock was named “Kariva” due to the fact that when the river flooded, the Rock trapped water thereby making it difficult for the locals who often crossed the river to return to either side of the Zambezi.

Lodges
The lodges at Nyanyana Camp are fully equipped self-catering facilities. These lodges are situated at the mouth of the Nyanyana River on the Lake Kariba shore. During the night hippopotamus can often be heard grazing around the lodge area.

Camp Sites
There are 20 camping sites available within 100 metres of the lakeshore. These facilities together with the caravan sites are serviced by 2 ablution blocks comprising of showers, baths, washbasins and toilets. There are several other camps that are utilized on a seasonal basis. These are much rougher, with very little development and are more ideal for those yearning for a closer encounter with the wild.

Caravan Sites
There are 15 caravan sites within the vicinity of the lakeshore.